In the Parish of Kirkcaldy, a spirit of enterprise prevails… The progress and prosperity of flax-spinning called for engineers and machine-makers … a large and important branch of this trade has recently sprung up. There are in this parish three works, engaged chiefly in making steam engines, and flax-spinning machines, in executing mill-wright work and in founding iron and brass. In these three works 200 men, at an average wage of 15s. per week, are employed … extensive orders have been executed in them for Ireland, the continent of Europe, and the British colonies. 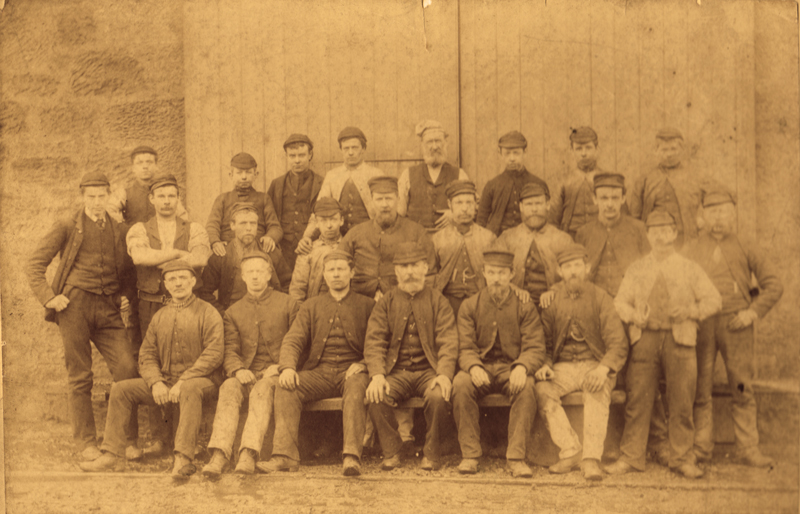 Robert Burt Brodie was born in Dysart in 1869. At the age of twelve he began an apprenticeship in Kirkcaldy with Melville & Henderson, Engineers and Iron-Founders. In Robert’s day, twelve was the school-leaving age, until it was raised to 14 in 1918. He excelled in drawing and design and, as an engineer, invented improved machinery, such as linoleum-rollers and advanced, efficient ram pumps. He worked for Kirkcaldy linoleum manufacturers, Barry, Ostlere and Shepherd, then, in 1910, he was appointed co-director of Melville-Brodie Engineering Company. In 1921 he became sole owner of the firm, which, until 1961, made machinery for mills and factories, and trained apprentices to the very highest standard.

From the Drawing Board to the  Finished Product 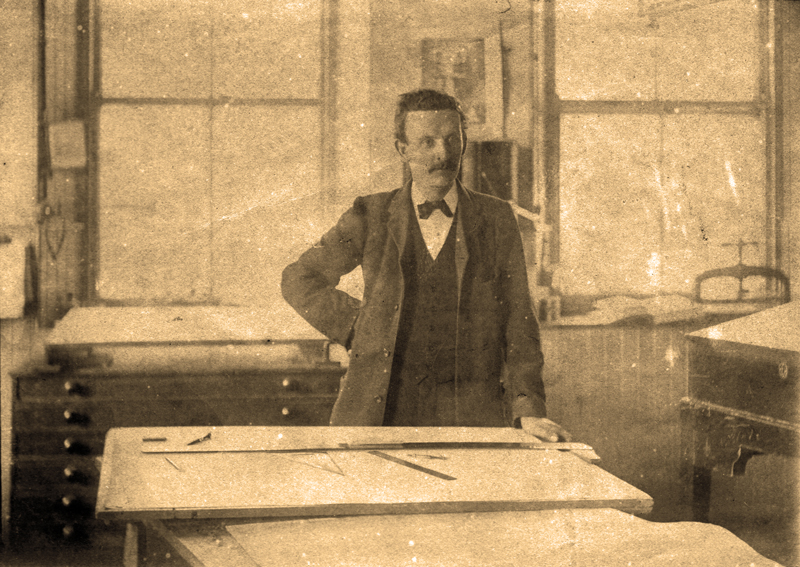 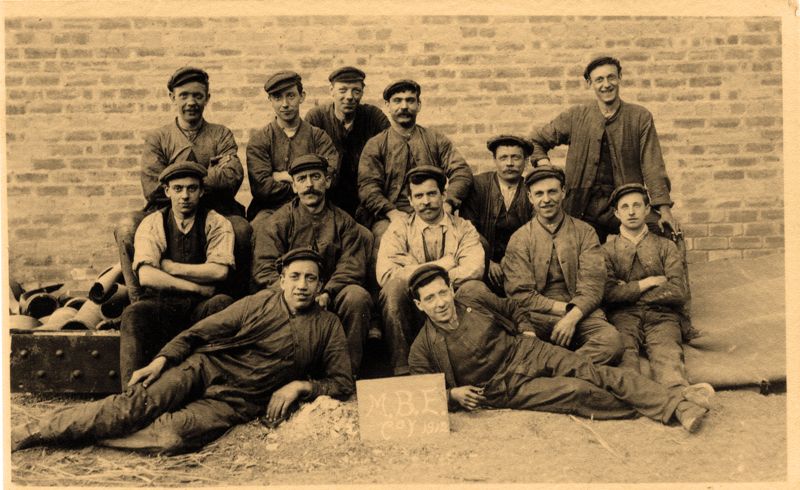 Machines of Every Kind

John Greig, Kirkcaldy, 2014: “We made every kind o machine, for jute mills, silk mills, woollen mills, paper mills... every kind o engine… big machines, wee machines. Melville- Brodie engineers could turn a hand to anything – an engine block or a camera casing, cement mixers, dough mixers for catering on big ships, parts for the Forth Bridge – it didnae matter.” 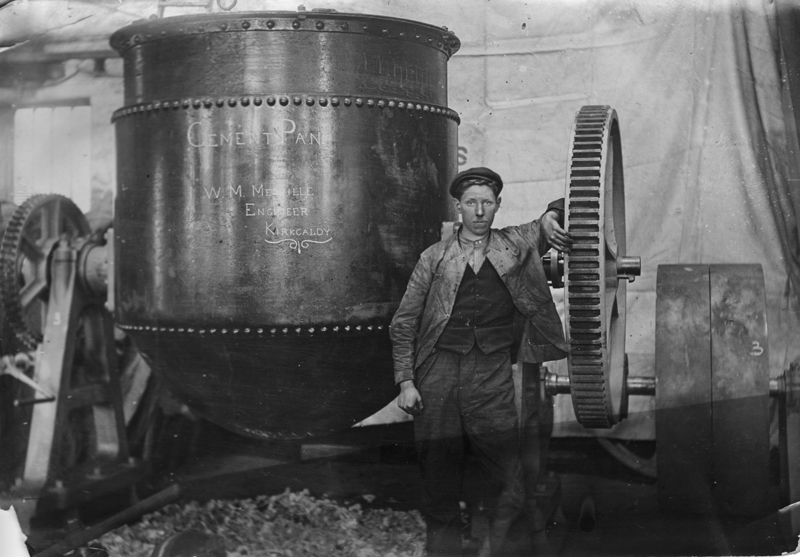 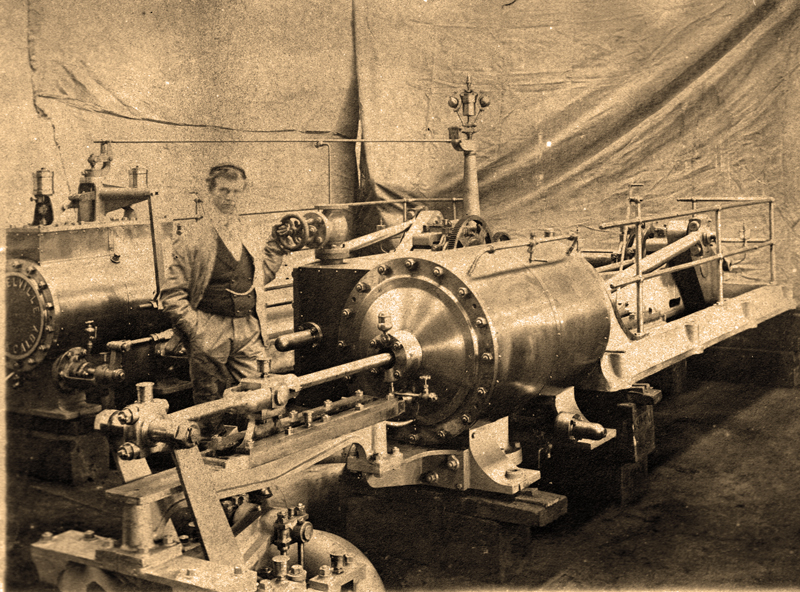 Machines were custom made  and fitted in every plant 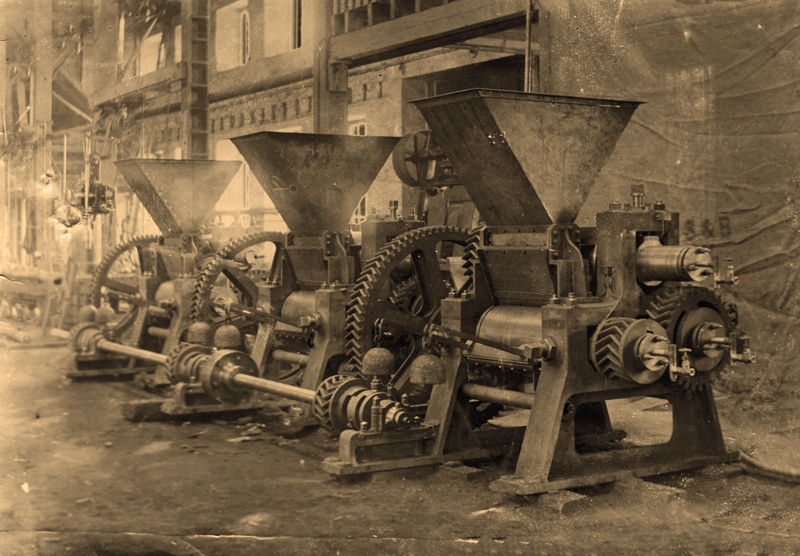 Photo: Mixers for raw materials in Linoleum or paper-making, 1930s 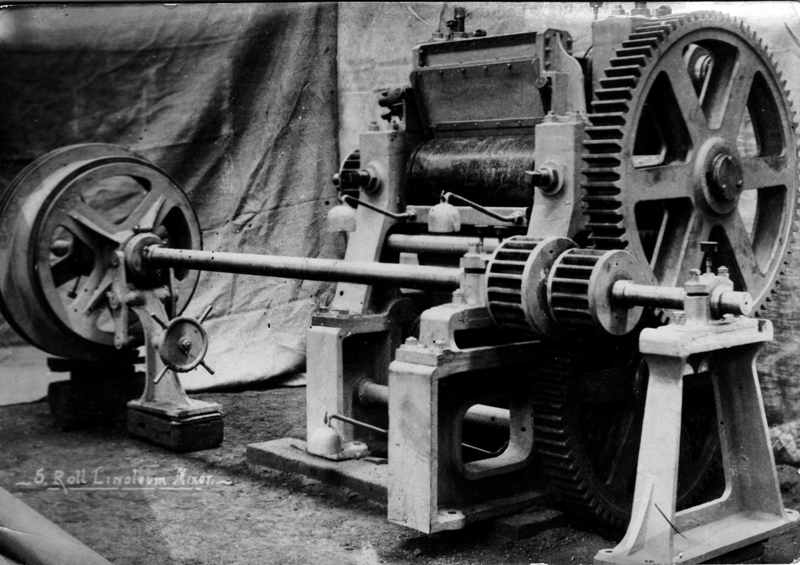 Transport for the Staff and Workers 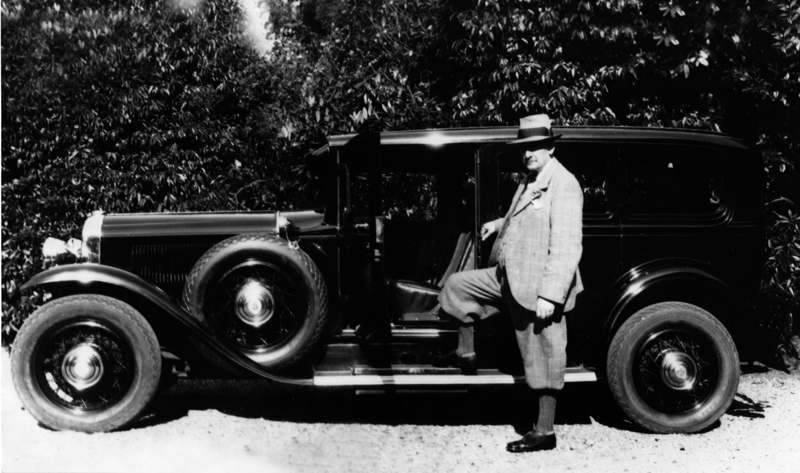 Robert Burt Brodie, standing by his 1929 Buick, an American car, made in Detroit 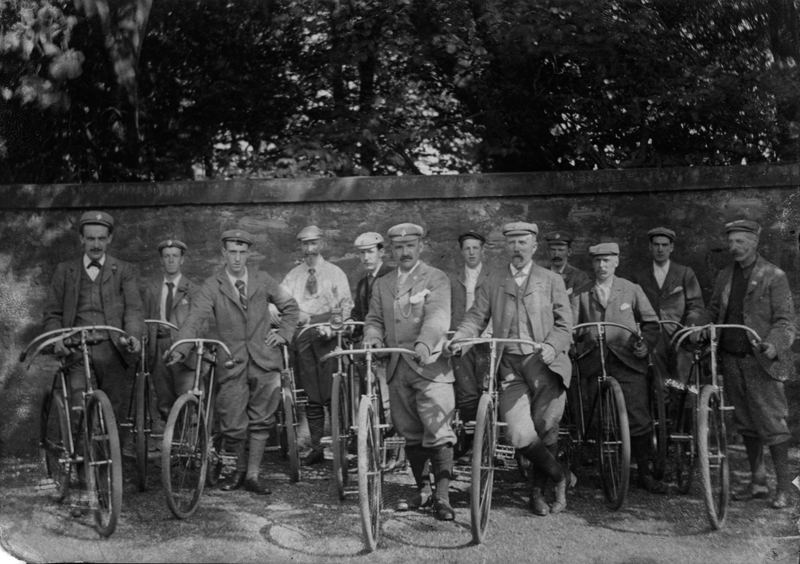 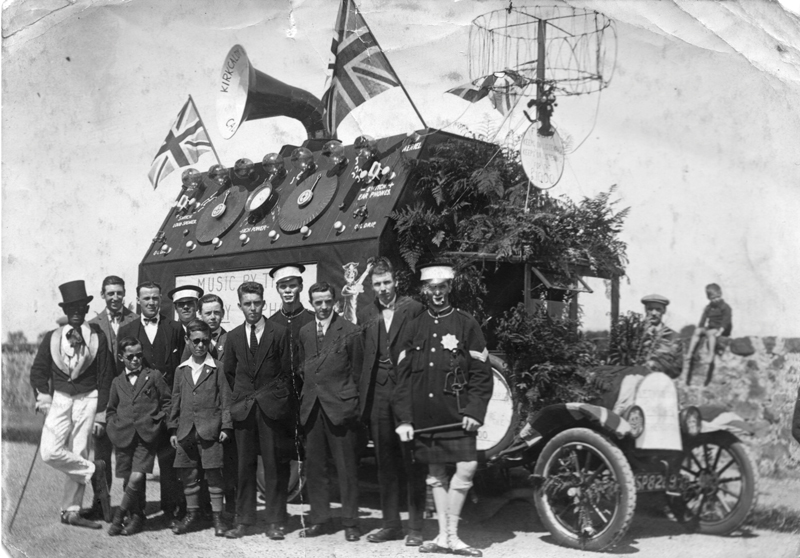 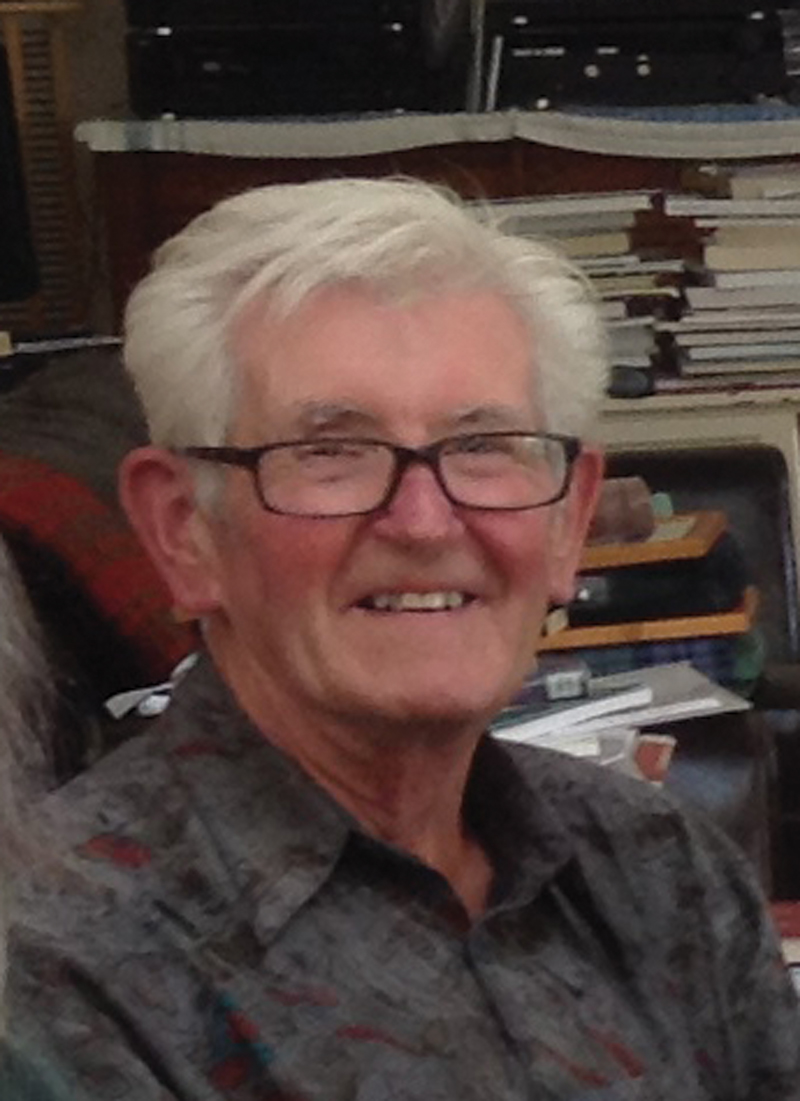 “About the time he took over Melville-Brodie’s, Robert Burt Brodie was elected to the Kirkcaldy Community Council so he was very keen on supporting the local community. There was no such thing as National Health Service so hospital an hospices had to be kept up by local donations of money. So, Melville-Brodie’s played no small part in raisin money, an on Gala Days it was a chance for the entire workforce to get involved. You should have seen some of the lengths they went to, aw these engineers an apprentices” 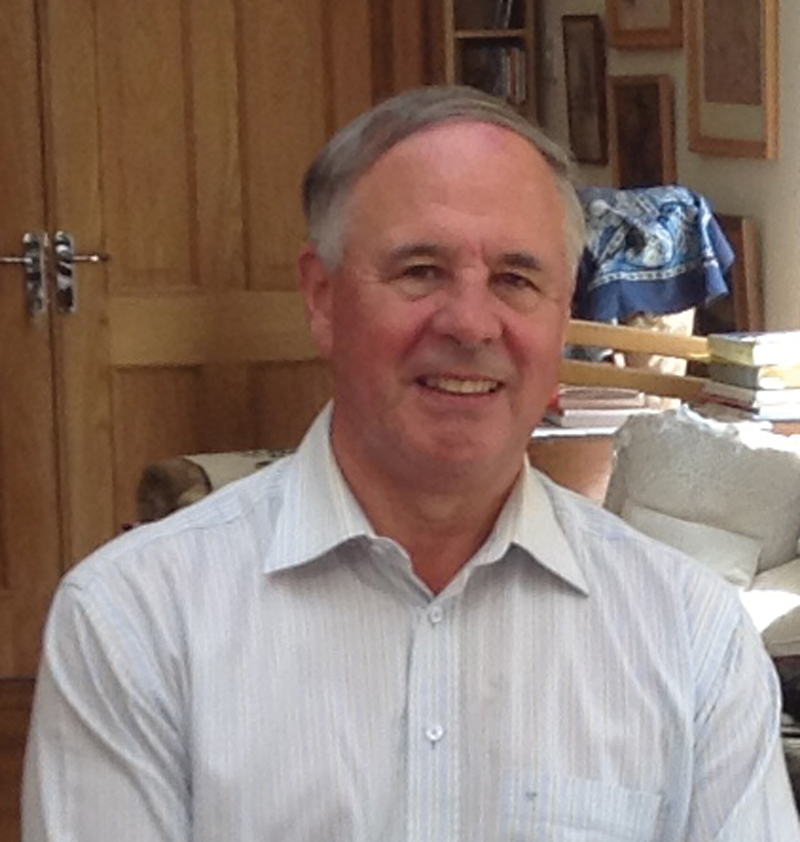 “There was a big pageant that went through the town… it was great fun. The Fire Brigade would be takin part, with a fire-truck, an the fireman used to have the long poles, an on the end o the pole was like an enormous kirk-collection bag. An you didnae escape, even if you were up in a high window, say, lookin doon watchin it, a fireman could always reach you!” 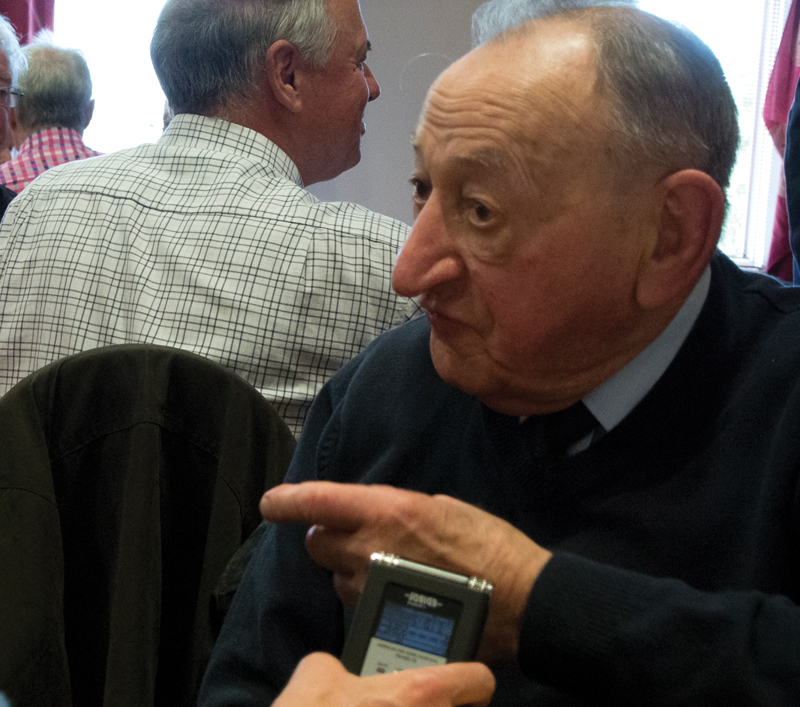 “I started my apprenticeship in 1935… I worked as an engineer for 18 years, then I was teaching apprentices for Fifeshire Engineering Training Scheme…I must have trained a good thousand anyway …” 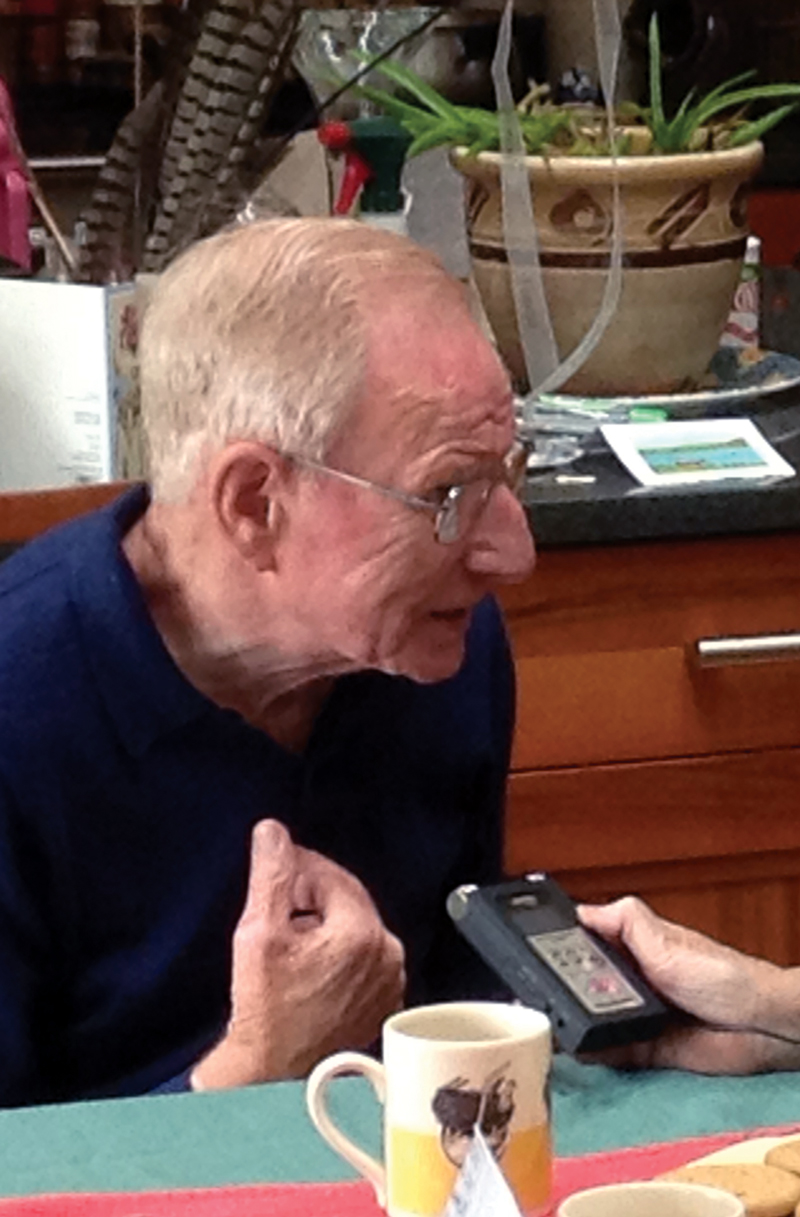 I began my apprenticeship at Melville- Brodie’s during the war – they wouldnae take us fae a reserved occupation, so we were doing the tank turrets, machining the facing, doing a groove for the ball bearings so the turret swivels round. And we were making parts for aircraft carrier, drums, and arresting gear. We worked tae a thousandth o an inch and Bob Thomson was one o the journeyman – so we go back a long time…

Apprentice Engineers in the  Fifties and Sixties

Dougie: “When we began, Willie Black was our journeyman – a great teacher. Talk about skill! If you’d seen Willie Black at the lathe, it was absolutely marvellous! An he was also good at putting his trade across … I learned an immense amount from him an men like him. It was a great experience … An that was Melville-Brodie’s training. You could go anywhere in the world with that kind of training. An we did.” 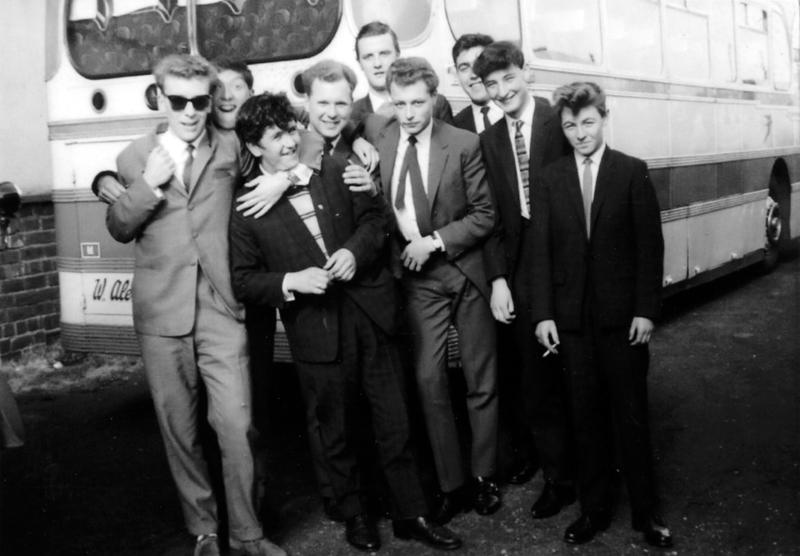 Every summer there was the annual ‘Works Outing’ when the firm hired buses to take the entire workforce and their families, usually to the west coast. One year it was Oban, and another it was Port Glasgow or Helensburgh with a trip ‘doon the watter’ on the paddle steamer, ‘PS Waverley’.

There was a moulder, an iron moulder… 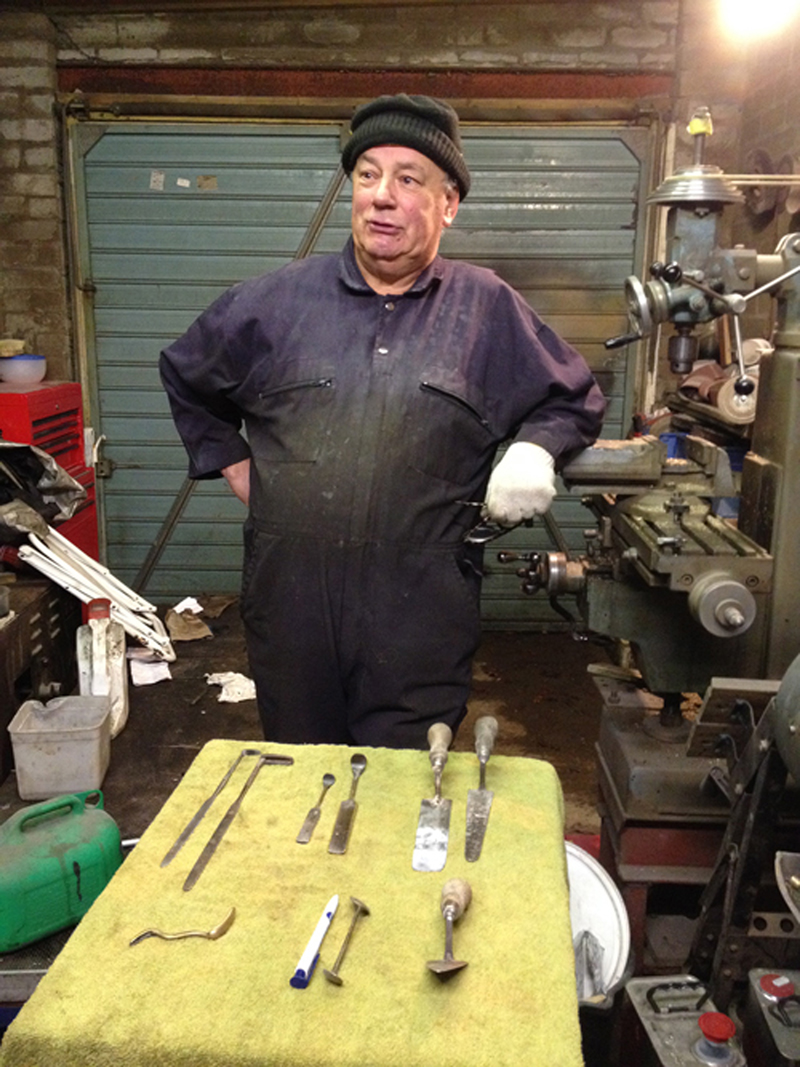 “Moulders tools weren’t of use to anybody else, an they were often home-made, or maist o them. The main tool was the trouen – an the best o quality has a wee monk stamped on them. There was cleaners, long-bladed tools, maybe 9 inches long, an turned up at right angles an flattened – that would scoop bits o the sand out, for the moulds were aw sand. Then you had clubs – wi a cleaner blade an the foot mair substantial …Then you had to have sleekers, an swans necks an deuk’s nebs an fillets. They were made o brass, aw different sizes dependin on the curvature o the mould. An then flange sleekers to roond the edge, an you had a joint-sleeker. An then we had a tricky, that’s like a double-sided sleeker, an there was the wee tricky. That’s some o the tools o the trade…”

“I still use these tools in ma wee foondry – makin parts for a First World War aeroplane, or for my 1936 Rudge motorbike … You cannae get parts nowadays…” 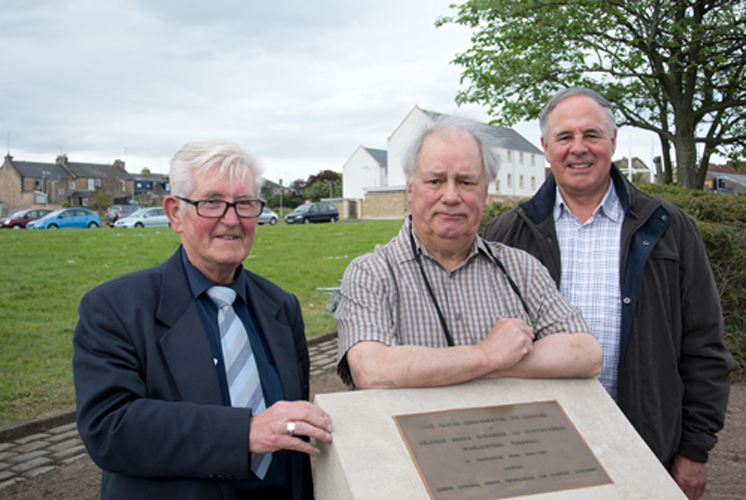 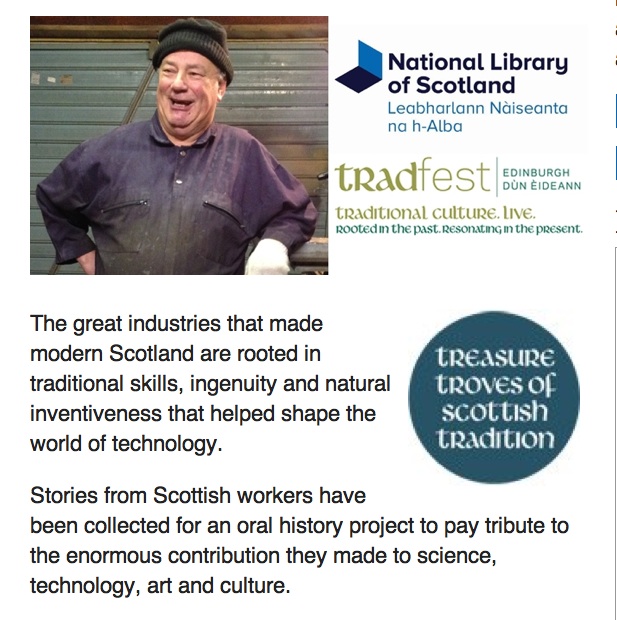 THE BOOK: WE ARE THE ENGINEERS 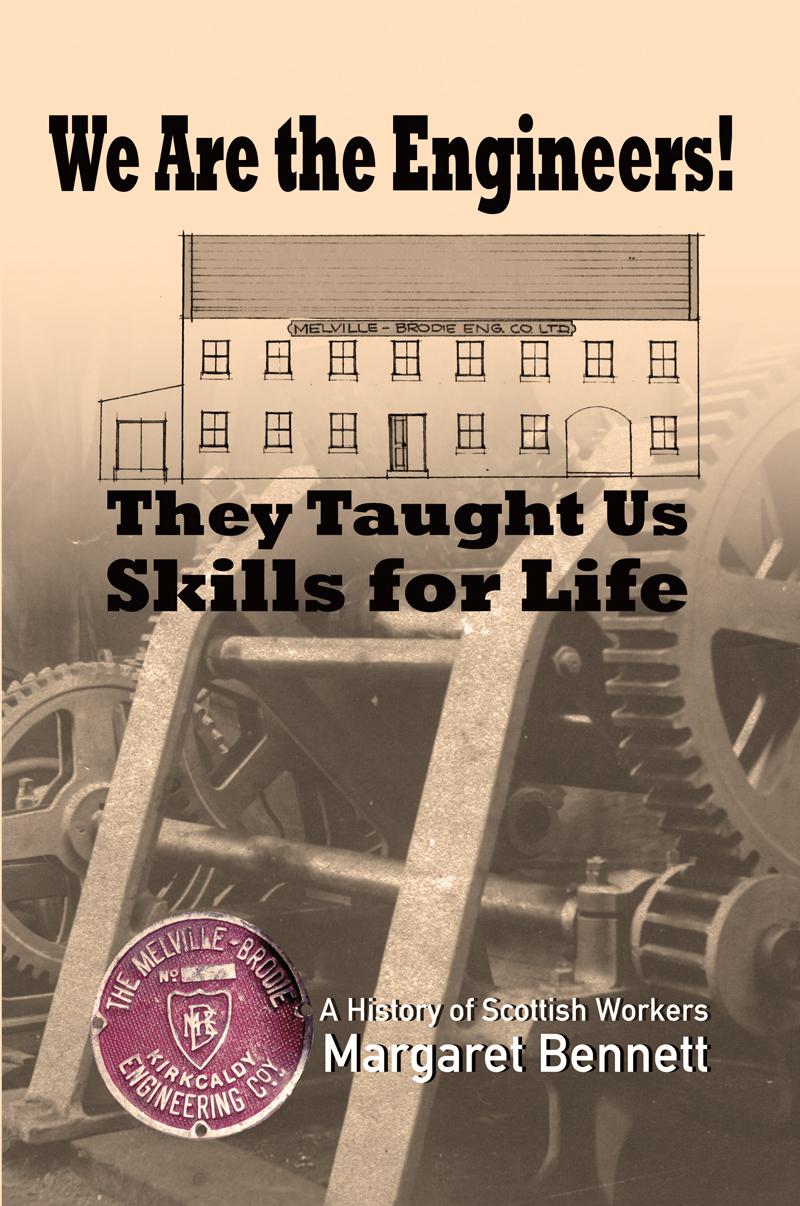 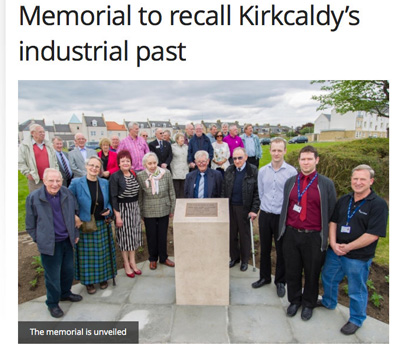